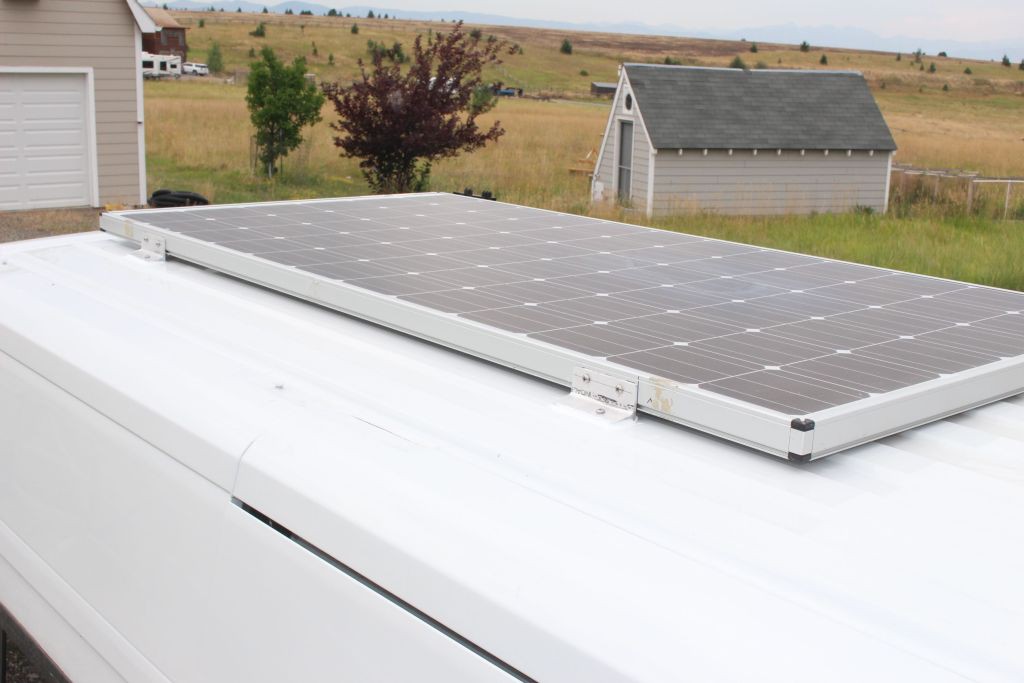 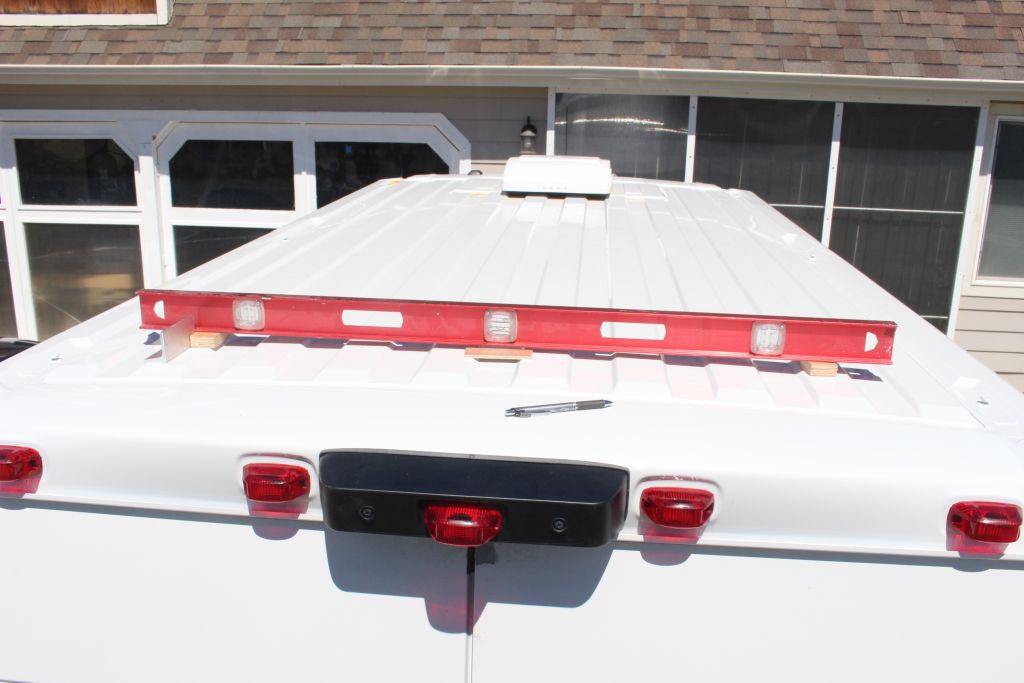 Getting the mounting brackets set up to leave 1/4 inch between the PV panel and center of roof. 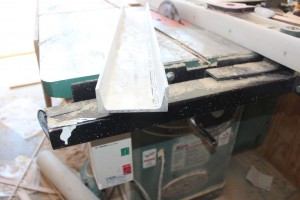 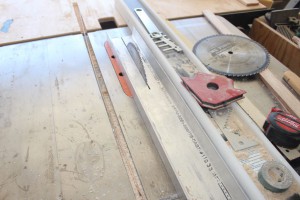 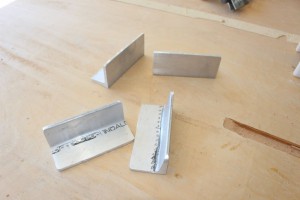 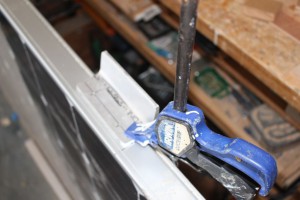 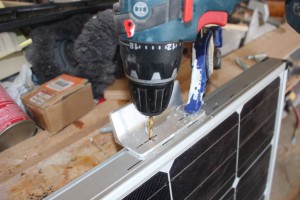 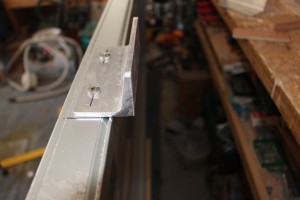 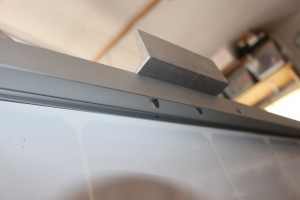 From the inside of PV frame. 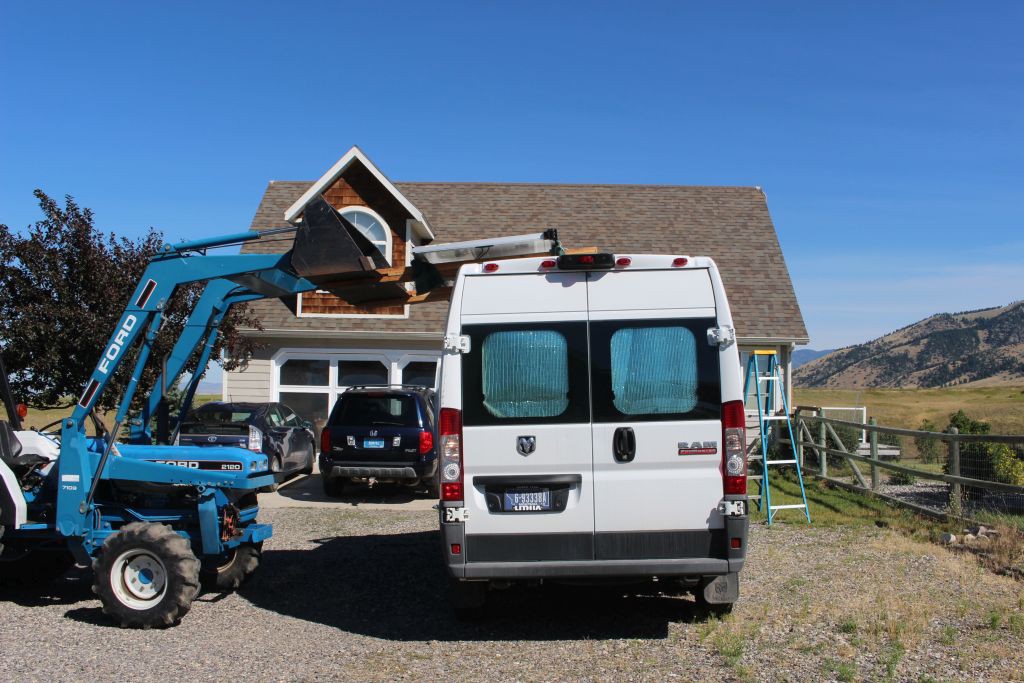 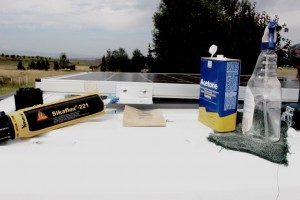 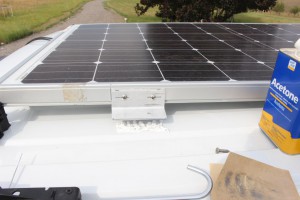 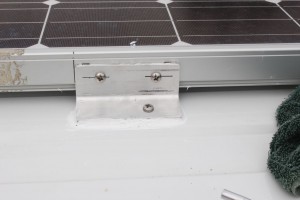 Clamped down with the cres screw. 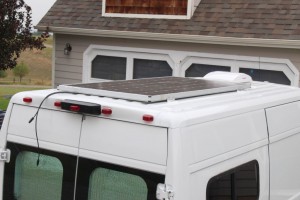 See the full description of solar panel mounting and wiring at link just above. 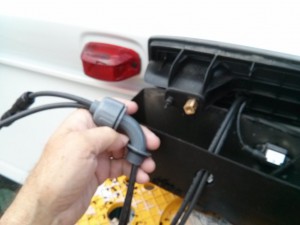 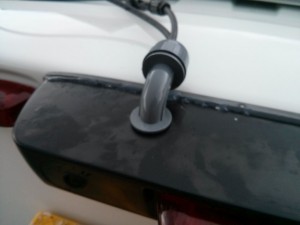 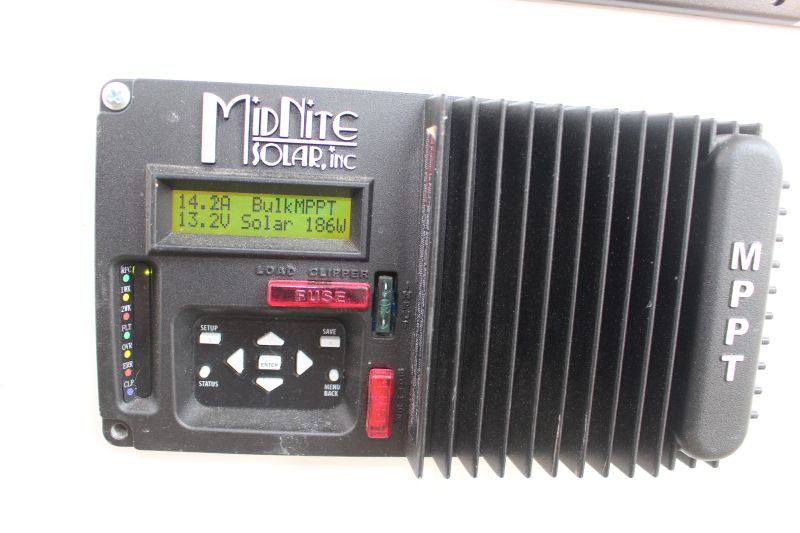